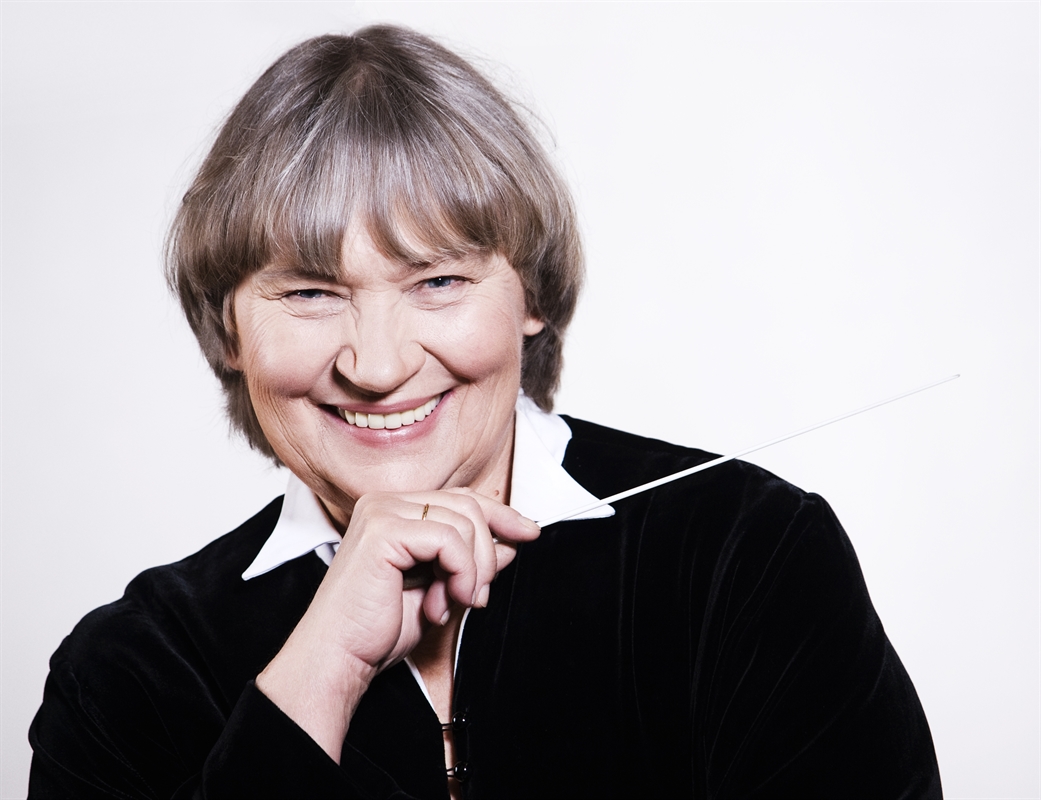 "She is short and lively, and she sways like a flame"

The most famous Polish female conductor was born to a family of musical traditions. In 1971, she graduated with distinction from State Higher School of Music in Poznań, where she studied conducting with Professor

Witold Krzemiński, and began work as assistant conductor at State Philharmonic Orchestra in Poznań. Later the same year, she started work as conductor at the Poznań Opera where, among other pieces, she prepared the Polish premiere of Benjamin Britten’s Midsummer Night’s Dream, Giuseppe Verdi’s Rigoletto, and Sergey Prokofiev’s ballet Romeo and Juliet.

Prize-winner at 1st Polish Conducting Competition in Katowice in 1970, in 1975 Agnieszka Duczmal was given honourable mention at 4th Herbert von Karajan International Conducting Competition in West Berlin. With her Orchestra, she won silver Herbert von Karajan Medal at International Young Orchestra Meeting in West Berlin a year later. In 1982, she was awarded the title of “La Donna del Mondo” (Woman of the World) bestowed for outstanding cultural, artistic and social achievements by Saint Vincent International Culture Centre in Rome in association with UNESCO and the President of Italy.

Leading symphony orchestras in Poland and abroad, Agnieszka Duczmal is the first woman conductor to have performed at Milan’s La Scala.

To date, she has released over fifty records with Polish Radio Chamber Orchestra ‘Amadeus’, has recorded countless pieces for the Polish Radio, over one hundred concerts and musical programmes, incl. the series In Stereo and in Colour and Agnieszka Duczmal’s Guests for Polish Television, five hours of music for Télévision Française 1, and one-hour programme of Polish music for Japanese television NHK. She has also made several recordings for German and Belgian radio stations, the BBC in London, the CBC in Montreal, as well as for radio and TV stations in Mexico and Japan.

A number of outstanding composers have dedicated their compositions to her. Agnieszka Duczmal‘s artistic achievements include numerous premiere performances as St Matthew Passion by Krzysztof Knittel or the first recording of J.S. Bach’s Goldberg Variations in Josef Koffler’s brilliant transcription for chamber orchestra. For her own ensemble, she has

Agnieszka Duczmal travels extensively with her Orchestra to perform with world class soloists in prestigious concert halls in Europe, the Americas, Africa and Asia.

In recognition of her artistic work and activity Agnieszka Duczmal has been awarded numerous prizes and distinctions, such as recently: Award of the Society of Authors ZAIKS for the Promotion of the Polish Contemporary Music (2016), Award on the occasion of 100 years of ZAIKS (2018) or the prestigious Golden Fryderyk Award of the Polish Phonographic Academy for her achievements in the classical music (2018).

„Agnieszka Duczmal is first-rate in the creation of orchestral colours."