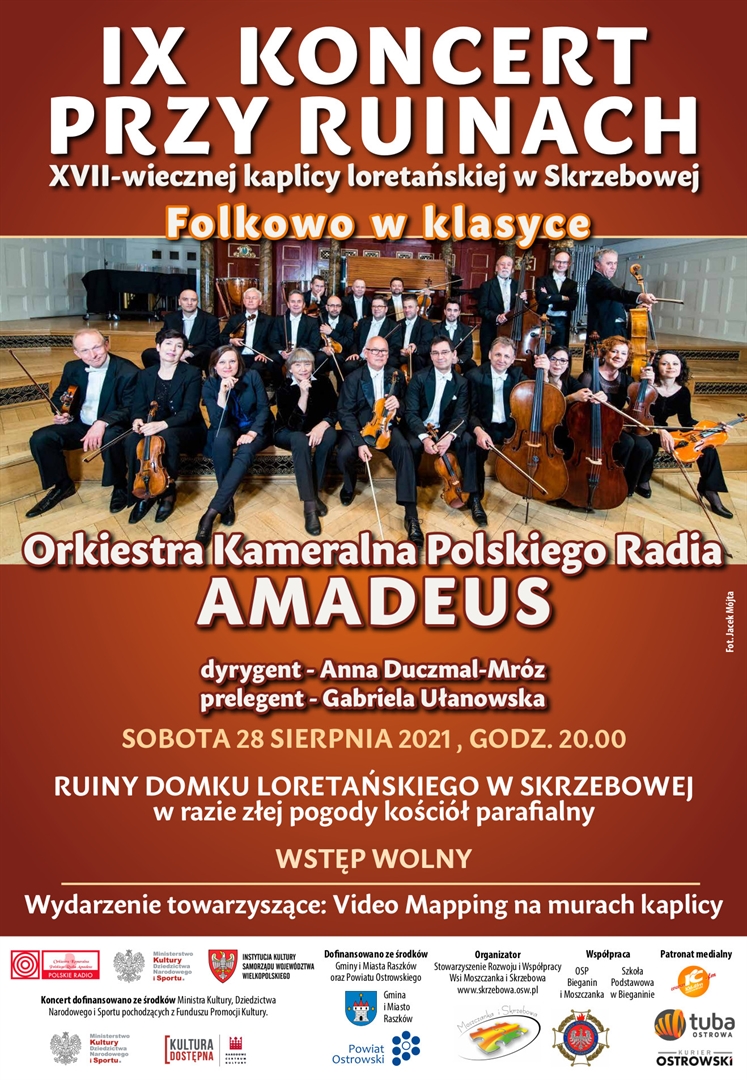 We'd like to invite you to a concert of the Orchestra to Raszków / Skrzebowa. The concert entitled "Folkowo in the classics" contains works by Polish composers, clearly inspired by folk dances and music from various regions.

The event, whose speaker will be Gabriela Ułanowska, will take place in the surroundings of the ruins of the Loreto house in Skrzebowa. The orchestra will be conducted by Anna Duczmal-Mróz.

The concert was co-financed by the Minister of Culture, National Heritage and Sport from the Culture Promotion Fund.